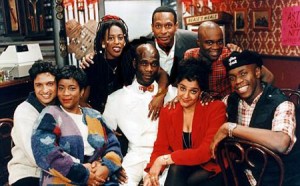 Now we can’t forget “no Problem” with Victor Romero Evans, Janet Kay and Judith Jacob, this was another sitcom but this one came from Channel 4 which aired between 1983 till 1985, it was voted Britain’s 100th best sitcom in a survey carried out by the BBC.


Humour is infectious. The sound of roaring laughter is far more contagious than any cough, sniffle, or sneeze. When laughter is shared, it binds people together and increases happiness and intimacy. Laughter also triggers healthy physical changes in the body. Humour and laughter strengthen your immune system, boost your energy, diminish pain, and protect you from the damaging effects of stress. Best of all, this priceless medicine is fun, free, and easy to use. 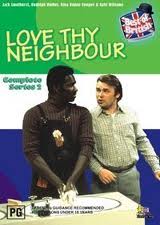 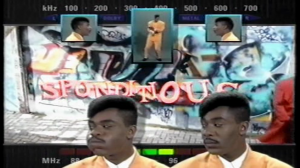 You know now I think of it Lenny Henry was and still is ahead of his time.
Lenny Henry’s career spans almost thirty years and counting.
He made a triumphant televisual debut in 1975, when he won the New Faces talent competition at the age of 18 , since then he his gone on and on, 2009 he received widespread critical acclaim in the role of one of Shakespeare’s plays where he played the title role.
But for me I remember him more the early days!!!
Who remembers the BBC “Brixton Broadcasting Corporation” there was the time when seating in front of the TV was fun and where talking nearly 30 years ago, and it stills stands up today…”crucialll!!!”
Think about it, a comedy sitcom by the BBC about a pirate radio station!