Born on November 9, 1922, in Cleveland, Ohio, Dorothy Dandridge sang at Harlem’s Cotton Club and Apollo Theater and became the first African-American woman to be nominated for an Academy Award for best actress. Many years passed before the mainstream entertainment industry acknowledged Dandridge’s legacy. There was even a movie made about her staring Halle Berry. 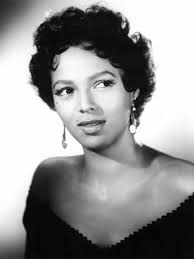 I find it interesting that in ‘no biography’ of Marilyn Monroe does it mention that she was very good friends with black actress Dorothy Dandridge.
After Dandridge would finish performing with the Desi Arnez band in Hollywood, she would call Monroe, they would talk for hours about their career, problems with men and racism in Hollywood. Dandridge, Monroe and another black friendly actress, Ava Gardener often went to parties together.
Monroe and Dandridge also got a kick out of-both their first names and last names started with the same initial.
Monroe never tried to hide her friendship with Dandridge. It was so unpopular for whites to have black friends during segregation that white media outlets refused to report on their friendship, even if they were peers in the same field. This may be why biographers aren’t familiar with their association.
Dandridge was also a good friend’s of actor James Dean, she considered Dean a ‘play brother.’ Monroe and Dean tried to shield Dandridge from racism.
Actor Marlon Brando was extremely attracted to Dorothy Dandridge and shocked an audience when he kissed Dandridge on the mouth during an awards ceremony. Interracial mixing in Hollywood; was unheard of in the 1950’s and was looked down upon.
Marilyn Monroe was very ‘black friendly’ and it’s rumored that she tried to talk President John F. Kennedy into during more for civil rights before her death.

Ironically, Marilyn Monroe and Dorothy Dandridge would die in a similiar fashion. Both died of accidental pill overdoses.

Here is the movie had about the Lady her self Staring Halle Berry.


I’m always interested in good music, videos and news, Please drop me an email if you find anything that would be of interest, thanks
DjDrFusion