Spike Lee joins Pharrell Williams in New York City to talk about how he got his start in filmmaking shooting the summer of 1977, the influence of exposing children to art at an early age, and the love of his work and his hometown that has fueled The Brooklyn Chronicles. 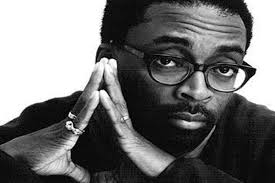 Spike Lee on Do The Right Thing’s legacy

Spike Lee Inside The Actors Studio

He Got Game is a 1998 sports-drama film written and directed by Spike Lee. It stars Denzel Washington