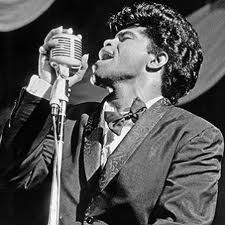 James Brown began singing in talent shows as a young child, first appearing at Augusta’s Lenox Theater in 1944, winning the show after singing the ballad “So Long”. While in Augusta, Brown performed buck dances for change to entertain troops from Camp Gordon at the start of World War II as their convoys traveled over a canal bridge from near his aunt’s home. Brown learned how to play piano, guitar and harmonica during this period. Brown became inspired to become an entertainer after seeing footage of Louis Jordan and his Tympany Five performing “Caldonia” in a short film. During his teen years, Brown briefly had a career as a boxer. At sixteen, Brown was convicted of armed robbery and was sent to a juvenile detention center in Toccoa. Brown formed a gospel quartet with four fellow cellmates including Johnny Terry. Stories differed into how Brown was eventually paroled, including a story that Bobby Byrd’s family had helped to secure an early release while another stated that Brown got his parole after a car and motor manufacturing company owner, S.C. Lawson, agreed to be a sponsor after Brown had promised to look for a job guaranteed for two years. Brown was paroled on June 14, 1952. Upon his release, Brown joined a gospel group and worked at several jobs, including the Lawson Motor Company and as a janitor at a local school. Brown and Bobby Byrd reportedly met following his release from prison and the two became friends.

The recording career of James Brown started on February 4th, 1956 with “Please, Please, Please” and was released on March 3rd, 1956. Over his career, he has made 83 million sellers! Some songs have sold over 15 million over time! Between 1967 and 1969 alone, he recorded 16 albums and released singles at a faster pace…

For many years, Brown’s touring show was one of the most extravagant productions in American popular music. At the time of Brown’s death,December 25, 2006 aged 73, his band included three guitarists, two bass guitar players, two drummers, three horns and a percussionist. The bands that he maintained during the late 1960s and 1970s were of comparable size, and the bands also included a three-piece amplified string section that played during ballads. 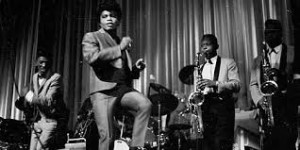 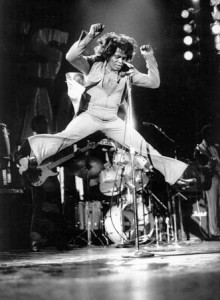 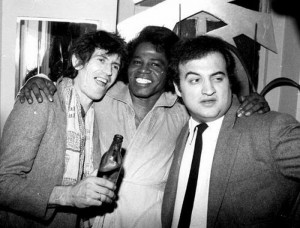