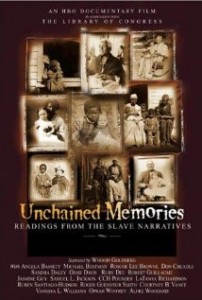 The slave narrative is a literary form that grew out of the written accounts of enslaved Africans in Britain and its colonies, including the later United States, Canada and Caribbean nations. Some six thousand former slaves from North America and the Caribbean gave accounts of their lives during the 18th and 19th centuries, with about 150 narratives published as separate books or pamphlets.
Here is an insight to what life was like to live as a slave, the cast chosen to tell us about the story’s through the eyes of slaves is a mazing, from Whoopi Goldberg, Angela Bassett,
Oprah Winfrey to Samuel L. Jackson and many more.
Not sure how long this going to have this for, so watch or listen while you can…

17 thoughts on “the slave narratives”