Dr. Van Sertima has lectured at more than 100 universities in the United States and has also lectured in Canada, the Caribbean, South America and Europe. In 1991 Dr. Van Sertima defended his highly controversial thesis on the African presence in pre-Columbian America before the Smithsonian. In 1994 the Smithsonian published his address in Race, Discourse and the Origin of the Americas: A New World View of 1492.

As a literary critic, he is the author of Caribbean Writers, a collection of critical essays on the Caribbean novel. He is also the author of several major literary reviews published in Denmark, India, Britain and the United States. He was honored for his work in this field by being asked by the Nobel Committee of the Swedish Academy to nominate candidates for the Nobel Prize in Literature from 1976-1980. He has also been honored as an historian of world repute by being asked to join UNESCO’s International Commission for Rewriting the Scientific and Cultural History of Mankind. 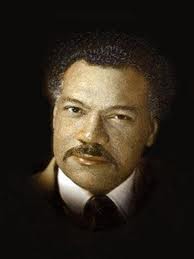