Wow what a great story, a man who believes he should be treated the same as every other man, white or black.
At a time when a black man was hanged for just looking at a white woman, let alone having the vote, Jack Johnson was the king of the times, became the first African American world heavyweight boxing champion (1908–1915).
Johnson had defeated Tommy Burns in Australia in 1908 to become world heavyweight boxing champion. Many whites proclaimed the retired champion Jim Jeffries to still hold the title, until he was defeated by Johnson in Nevada in 1910. Anti-black riots followed.
The outcome of the fight triggered race riots that evening—the Fourth of July—all across the United States, from Texas and Colorado to New York and Washington, D.C. Johnson’s victory over Jeffries had dashed white dreams of finding a “great white hope” to defeat him. Many whites felt humiliated by the defeat of Jeffries. 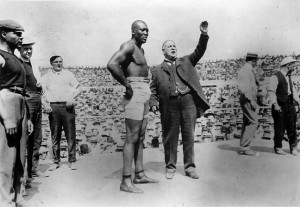 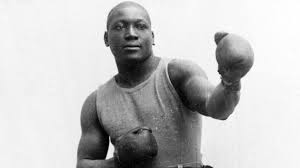