In 1970, a group of black radicals were committed to stand trial on charges arising from violent clashes between the police during a protest march. From the outset, this was a political trial in which the police, Special Branch and the Home Office sought to discredit the leadership of the growing British black power movement. After 55 days at the Old Bailey, the Mangrove Nine were acquitted and forced the first judicial acknowledgment that there was “evidence of racial hatred” in the Metropolitan police

Darcus Howe, who worked at the Mangrove, urged Frank Crichlow to look to the community for support. Together with the Black Panther Movement, they organised a demonstration. On 9 August 1970, 150 protesters marched to local police stations demanding the police get their “hands off the Mangrove”. Police preparation for the march was extensive. More than 700 officers were available. Special Branch’s “black power desk” was also mobilised to monitor the protest. Heavy-handed policing prompted violence and the authorities started to build a case against the demonstration’s leaders. Home Office documents reveal this was a deliberate strategy to target and decapitate the emerging black power movement.

The Origins of Lynching Culture in the United States 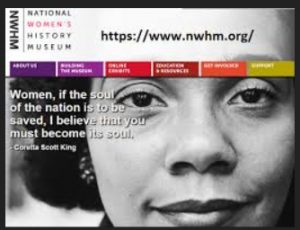 Ida B. Wells-Barnett was a prominent journalist, activist, and researcher, in the late 19th and early 20th centuries. In her lifetime, she battled sexism, racism, and violence. As a skilled writer, Wells-Barnett also used her skills as a journalist to shed light on the conditions of African Americans throughout the South.

Ida B. Wells was born in Holly Springs, Mississippi on July 16th, 1862. She was born into slavery during the Civil War. Once the war ended Wells-Barnett’s parents became politically active in Reconstruction Era politics. Her parents instilled into her the importance of education. Wells-Barnett enrolled at Rust College but was expelled when she started a dispute with the university president. In 1878, Wells-Barnett went to visit her grandmother. While she was there Wells-Barnett was informed that a yellow fever epidemic had hit her hometown. The disease took both of Wells-Barnett’s parents and her infant brother. Left to raise her brothers and sister, she took a job as a teacher so that she could keep the family together. Eventually, Wells-Barnett moved her siblings to Memphis, Tennessee. There she continued to work as an educator.


In 1884, Wells-Barnett filed a lawsuit against a train car company in Memphis for unfair treatment. She had been thrown off a first-class train, despite having a ticket. Although she won the case on the local level, the ruling was eventually overturned in federal court. After the lynching of one of her friends, Wells-Barnett turned her attention to white mob violence. She became skeptical about the reasons black men were lynched and set out to investigate several cases. She published her findings in a pamphlet and wrote several columns in local newspapers. Her expose about an 1892 lynching enraged locals, who burned her press and drove her from Memphis. After a few months, the threats became so bad she was forced to move to Chicago, Illinois.

Wells-Barnett traveled internationally, shedding light on lynching to foreign audiences. Abroad, she openly confronted white women in the suffrage movement who ignored lynching. Because of her stance, she was often ridiculed and ostracized by women’s suffrage organizations in the United States. Nevertheless, Wells-Barnett remained active the women’s rights movement. She was a founder of the National Association of Colored Women’s Club which was created to address issues dealing with civil rights and women’s suffrage. Although she was in Niagara Falls for the founding of the National Association for the Advancement of Colored People (NAACP), her name is not mentioned as an official founder. Late in her career Wells-Barnett focused on urban reform in the growing city of Chicago. She died on March 25th, 1931.

The Origins of Lynching Culture in the United States

djdrfusion
The Fusion Experience djdrfusion soulradiouk.net 19/05/2018
I’m always interested in good music, videos and news, Please drop me an email if you find anything that would be of interest, thanks
DjDrFusion

This map shows back in 1948 that to days Israel was in fact Palestine. 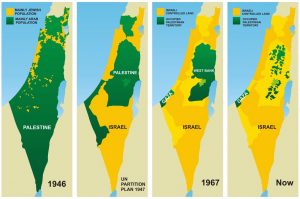 Timeline – World History Documentaries
Published on Oct 4, 2017
Uncovering shocking foreign office communications and using fascinating footage never seen on television before, this documentary shows how British double-dealing during the First World War ignited the conflict between Arabs and Jews in the Middle East.

This is a story of intrigue among rival empires; of misguided strategies; and of how conflicting promises to Arabs and Jews created a legacy of bloodshed which determined the fate of the Middle East. Avi Shlaim, Professor of International Relations at Oxford University, calls it ‘one of the best historical documentaries on the Middle East I have ever seen’.

israel palestine
Former Israeli soldiers have given testimony about the gross injustices against the Palestinian.

Looking in to this subject and trying to understand why there is so much conflict in this part of the world and I’ve noticed most if not all the opinions are all one sided, and to be quite honest there isn’t enough room on this page to put all the quotes down. But i do like the fate that some of the former Israeli soldiers have given testimony about the gross injustices against the Palestinian.

Jimmy Carter clearly say’s the occupation by Israel is wrong


Former Israeli soldiers have given testimony about the gross injustices against the Palestinian.

A documentary that looks at the Sabra and Shatila massacre and how the people regards Ariel Sharon as the man who authorised a genocide. Who ordered the Israeli army to surround the camps, let the Christian militias in and did nothing as they massacred thousands of innocent civilians

The Invasion of Lebanon 1982

The Sabra and Shatila massacre was the slaughter of between 762 and 3,500 civilians, mostly Palestinian and Lebanese Shia, by a Lebanese Christian Phalangist militia in the Sabra and Shatila Palestinian refugee camps in Beirut, Lebanon.
The massacre started 6:00 pm 16 September to 8:00 am 18 September 1982.
In 1983, the Israeli Kahan Commission, appointed to investigate the incident, found that Israeli military personnel, aware that a massacre was in progress, had failed to take serious steps to stop it. Thus Israel was indirectly responsible, while Ariel Sharon, then Defense Minister, bore personal responsibility, forcing him to resign. And this very same man was elected Prime Minister in February 2001.

We live in a strange war 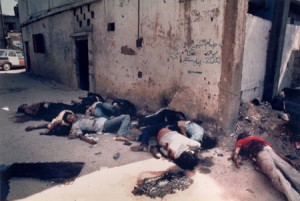